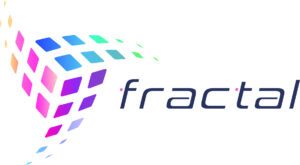 The Future For ERIC

Recent articles exposing the incredible lack of voter cleanup for several states able to get their information from ERIC has made ERIC toxic – forever.

There is a time in any changing technology market when the market leader is dead in the water.  Everyone knows it.  That is IBM, HP, Dell.

They survive for years afterward on existing customers, maintenance and upgrades, but everyone knows they are no more.  Explosive growth is gone.

Going forward, if any governor or election official for any state with active, engaged voter integrity organizations signs with the ERIC system, the blowback will be too great to survive.

Voter integrity teams sprang up in every state in 2021 and were in full swing in 2022.  They saw the incredible, breathtaking problems with voter rolls – again in EVERY state.

ERIC was ostensibly supposed to fix this.

Not only did they fail to do so, there was too much evidence they might have been originally tied to folks who did not share the concerns of 2022 voter integrity teams.

Cleaning voter rolls and publicly reporting their progress might not be why ERIC exists.

We are entering a time where ERIC has an alternative.  Fractal systems can be stood up in any state, in 30 days, clean their voter rolls beyond anything possible in ERIC, and make the results visible.

Fractal systems can be run by the state, or they can outsource them to their favorite vendor.

Every state adopting Fractal technology will dramatically clean up voter rolls, demonstrate progress to the citizens, and save at least 50% of what they were paying with ERIC,

PrevPreviousVoter Integrity Teams Are Now Changing The Game!
NextOnce A Database Is Public – It Cannot Be ConstrainedNext